That’s a a long title. Even for me. But honestly, if you’ve read my stuff before you can tell the kid next to you to buckle up and enjoy the ride.

Or tuck and roll if you dont. Your choice. It’s been a bumpy ride and I feel like really letting it out on the corners and I’m not gonna hit the breaks. Not today Satan.

I’ve been at war with my insurance company for months. It seems the treatment and the procedure I have every several months when I cant take the pain levels, the ones that have been used for over twenty years, this they now categorize as “experimental”, denied three appeals, and suggested my SPINE SPECIALIST (who absolutely will NOT) perform a delightful treatment wherein nerves at the base of my spine (but dont worry, only SOME nerves) are BURNED. Yeah, you read that right. And no, there is no great success rate, and no I’m not batcap crazy OR going to allow it.

A fourth physician’s appeal prevailed this morning, so everyone take a nice deep breath and a solid four fingers of Old Grandads along with me.

It’s a new policy and I’ve used language with people at the other end of my phone you’d blush hearing. To be fair, you don’t need to have stood next to me to have been privy. You could have been several states over by the second month and fiftieth phone argument and been gasping and clutching your pearl’s. Better? Good, we’re not stopping here so pee quickly and use the hand sanitizer.

I have fibromyalgia. Had it for years. During flareups I get swelling around the nerve bundles at the base of my spine. It’s…uncomfortable, to be ladylike, and makes my legs wonky and my feet idiotic. 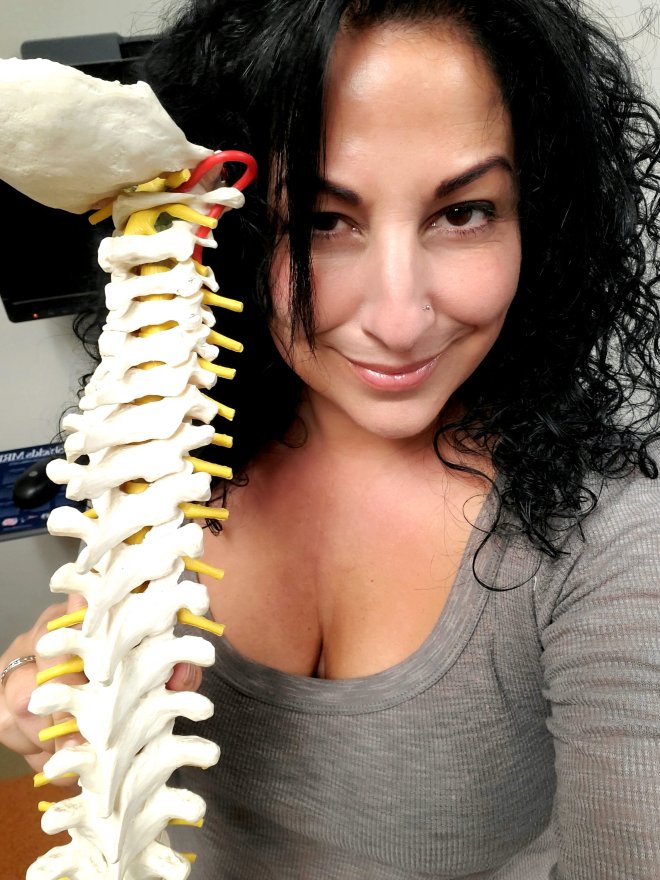 I’ve seen all the best Boston has to offer over the years, and we have all agreed that if it can’t kill me, I can work with it. And I work the ever living hell out of it.

As my father says, “If everyone threw their problems into the middle of the room to get rid of them, they’d grab their own back and be thankful once they saw what else was out there “.

He’s right, and I am. Thankful.

Now while I’m full of gratitude and all, if any one of you tell me to try a supplement, or special diet, or fancy dance that will cure me because you know a guy who’s friend had a plumber who’s wife had a client who’s kid was part of a study that studied people who aren’t doctors or scientists and they once held a symposium on “fibromyalgia” and it magically went away, l swear on all that’s holy and righteous in this world I’ll kick you in the damn teeth and wear the ones that fall out on a necklace.

Today my favorite doctor’s office manager called his favorite patient. That’s me, I’m his favorite. See prior blogs and say hello to the others there wondering how in hell their search engine interpreted their request for free kittens for Christmas as #closertocrazy. Slap on a name tag, there are a lot of you.

Today I got the call to come in for the procedure (the one that works, not the one they used during the inquisition) and once again I was led to a room and left unsupervised.

You read that right. I’m alone in his office, waiting to be taken in and shot in the ass (well, between my dimples of venus…) multiple times. Alone in an office just full of fun things and not a person to slap my hand away and remind me I am someone’s mother. And it’s taking a while.

This doctor will never learn….