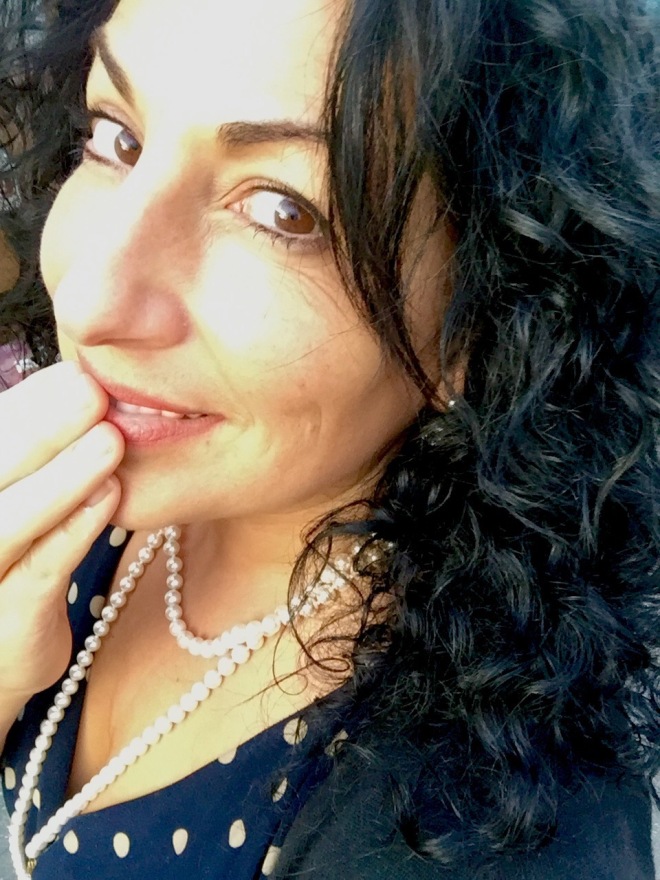 I’m a loose cannon to start with. I am an unfiltered, high speed train wreck on most occasions, and on others I’m only slightly better suited for polite society. My family has often remarked of me that the only filter I seem to use regularly is the filter on my cell phone camera when I’m taking selfies. Well screw my damn family and their painfully on point observations of me. I was tired, had a long shift ahead of me, and was groggily making my way to the door under the cover of dark when I dressed. Under these circumstances I did what every woman does, and I grabbed my “go-to dress”, the one I look great in no matter how cranky, filed with bloat, or saturated in ill humor I may be. I look damn good in it no matter how unfit for society at large the rest of me happens to be. Every girls’ got one. It takes the think work (clothing-wise) out of your schedule, and supposedly frees up those brain cells for higher functions. Don’t kid yourself. If those brain cells weren’t helping with higher functions BEFORE you put your clothes on, they aren’t gonna help you AFTER. Still, I chose to hug the lie.

We’re gonna circle back to this in a bit.  First, a little honesty, and a little bit of history. We’re hoarders. All of us. We don’t WANT to be hoarders. We don’t THINK we are hoarders. We don’t believe for a single second that we are, in fact, hoarders because we have perfectly reasonable explanations for what we have crammed in our closets and stuffed into our drawers. My sister (whom I utterly adore and want to be just like when I grow up) is an itty bitty powerhouse of a thing. She also holds on to everything,  sending hand-me-downs from her kids to my own, countless times over the years. I recall the time she excitedly called to tell me how after a long battle with her asthma on prednisone, her doctor had pulled her off, and the weight was just FALLING off of her. She was packing up a box of clothes to send for the kids and was including her “fat pants” ski pants for me to try. Yeah. You read that right.  Did I mention she was tiny to start with?  Buckle up. She had dropped enough sizes that her NEW “fat pants” ski pants were so huge on her she had to purchase ANOTHER pair. She was, in actuality, sending me her FAT pants’ fat pants. They still didn’t fit me which was fine because I still didn’t ski. I did, however, still drink. Especially after wrestling unsuccessfully with my sisters “fat pants’ fat pants” only up to my knees, before setting them on fire in the driveway.

So we hoard clothes. Every girls got them. Clothes that range in sizes and styles that both span the decades, and document our ever rising and falling body shapes like a perverse scrapbook of our figurative evolution. We hold onto each item because it is entirely possible we may need to pull them on after that thanksgiving meal, or even one day win the battle of we are waging with the “dreadmill”.  We will one day slide effortlessly back into those skinny jeans, our delusions, and our youth in tact.
“The college years”

These fashion pieces are largely comprised of spirit events, springbreak mementos, and  tattered tee shirts with curious stains on them that come with great stories. We wore them paired with sloppy ponytails or ball caps, day in and day out. We wore them to 8am classes we can’t recall a single helpful thing from, and we wore them to off campus parties where freshmen girls could be rapidly picked out because they still wore makeup, used hair spray, and coordinated “outfits” to match impractical footwear used only on catwalks in Paris and Milan. In other words: never. Upperclasswomen abandoned the pageantry in favor of good sneakers and shitty beer. We wore them under our graduation gowns, and stripped down to those daisy dukes just as soon as the first frisbee and volley ball launched into the air at the after parties and cook outs that kicked off our big girl job search years. Uperclasswomen were impoverished and practcal. Also, still hoarders. I have a Rubbermaid tote or two from college that I still haven’t opened despite moving them around the country to a variety of apartments and houses.

The “pre”, “during”, and “post” pregnancy clothes that held sway with my waistline through a decade during which I personally swelled with child to the size of a rose bowl parade float, and back down to a sleek mini Cooper five separate times. I looked like I was stealing beach balls professionally. Seriously, look at the next picture, there is an ACTUAL human being in there. This picture was taken approximately six months into what ultimately was a 19 month gestation period with my fifth and final child.

Whoever designed the human body did NOT account for a painless exit strategy, I’ll tell you THAT much.

This is the stage I hold court in at the moment. My brain and my body are a curious mess of contradictions. I am at my most confident body wise despite being also at my wiggliest asswise. After forty, you sort of relax into your awesomeness and the comfort of being a basket case. You know who you are and what you want, and you are still largely in control of your mental faculties. But only some of the time because you are also super tired. Being kick ass over forty is as exhausting as it is inevitable. And THAT brings us back to today… 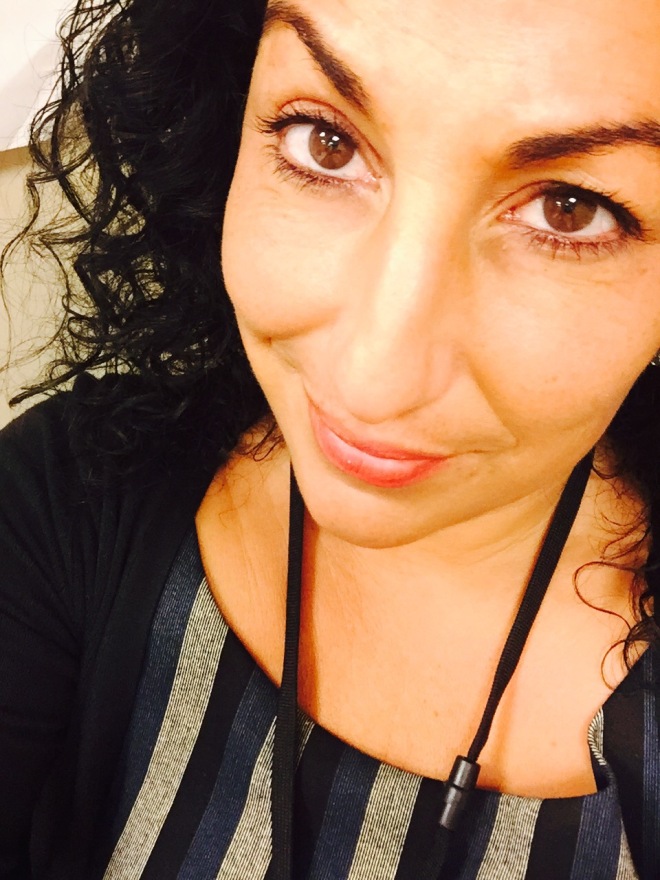 I was a bit harried towards the end of my shift and found myself sidelined on the way out, helping a string of people who had queued up at the customer service desk. The phone was ringing, people were clamoring to order special books, and I felt like a juggler with one too many balls in the air. This was long past the point where my brain had disengaged from my mouth as I attempted to multi task in order to finish helping people and still pick my kids up on time. The gentleman I was helping was patient and friendly, but looked red faced and taken aback when I handed him his order conformation, wished him a happy holiday, and absentmindedly said I love you. Yes. “I love you”. 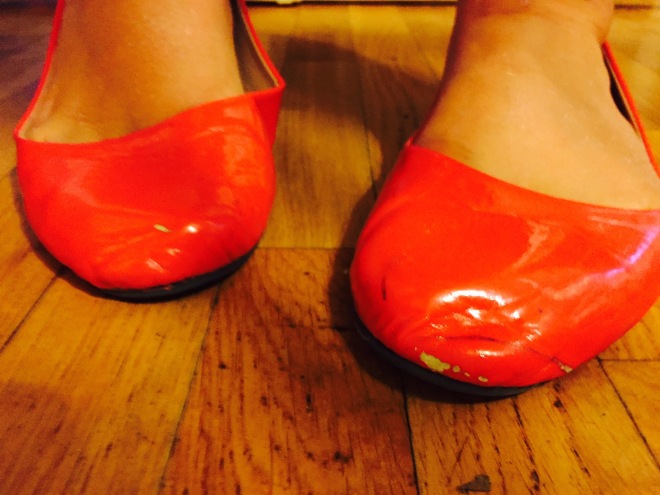 I almost snapped my neck looking up quickly  in embarrassment, as soon as I heard what came out of my mouth. I wanted to click my heels and be swallowed by a tornado back to Kansas. The man rather gamely grinned at me and said “Wow! I really wasn’t expecting our relationship to leap forward like that!” Everyone around him laughed as I died in shame, and maybe peed a little too. After all, over forty has a lot of perks, but brain control, mouth control, and bladder control aren’t among them

One thought on “Her fat pants’ “fat pants””